The property of Adels Grove occupies an area of some 30 hectares (80 acres) and extends from Lawn Hill Creek at one end to Louie Creek at the other. It was originally gazetted in 1904 as a Miners Homestead Lease. In 1920 Albert de Lestang took up the property as an experimental Botanical Garden (hence the name “Adel” arose from Albert’s initials). Albert planted many species of trees and shrubs and supplied the Botanical Gardens of the world with the seeds produced by his nursery.

The Botanical Gardens in Brisbane still has 536 different samples of seeds sent to them by Albert, held in their collection. It is said by those locals who knew Albert that it was indeed a most beautiful botanic garden.

Albert had a building complex that incorporated living quarters, a shop, a storeroom and an office. A corrugated iron workshop was a part of that complex and he also made much use of a post and rail lean-to with paperbark roofing. Post and rail fences (all painted white) as well as hitching rails and stone lined pathways complemented the layout.

In the early 1950s a fire swept through the grove while Albert was absent (some say deliberately lit), destroying everything including his dwelling and trunk containing all of his research papers. By this time Albert de Lestang was in his early seventies and having lost his building complex, all of his written records of plants and their hybrids, his stores and a large percentage of the planted Grove he succumbed shortly thereafter to great depression and broken spirit. Albert’s last years were spent in a Charters Towers nursing home, where he died in 1959 at the age of 75, most probably broken-hearted. A very sad end to what must have been a magnificent project spanning many years and a hell of a lot of effort in an isolated and difficult environment.

The camping ground now known as Adels Grove was opened in 1984 by a private tourist operating group from Mount Isa.  In 2020 the site and business were taken over by Waanyi Advancement Limited Group, a commercial entity that fosters the economic development of the Waanyi people. 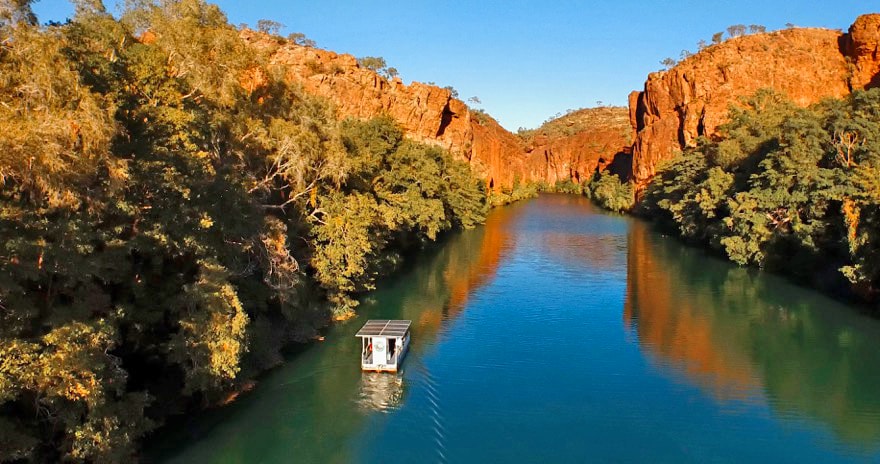